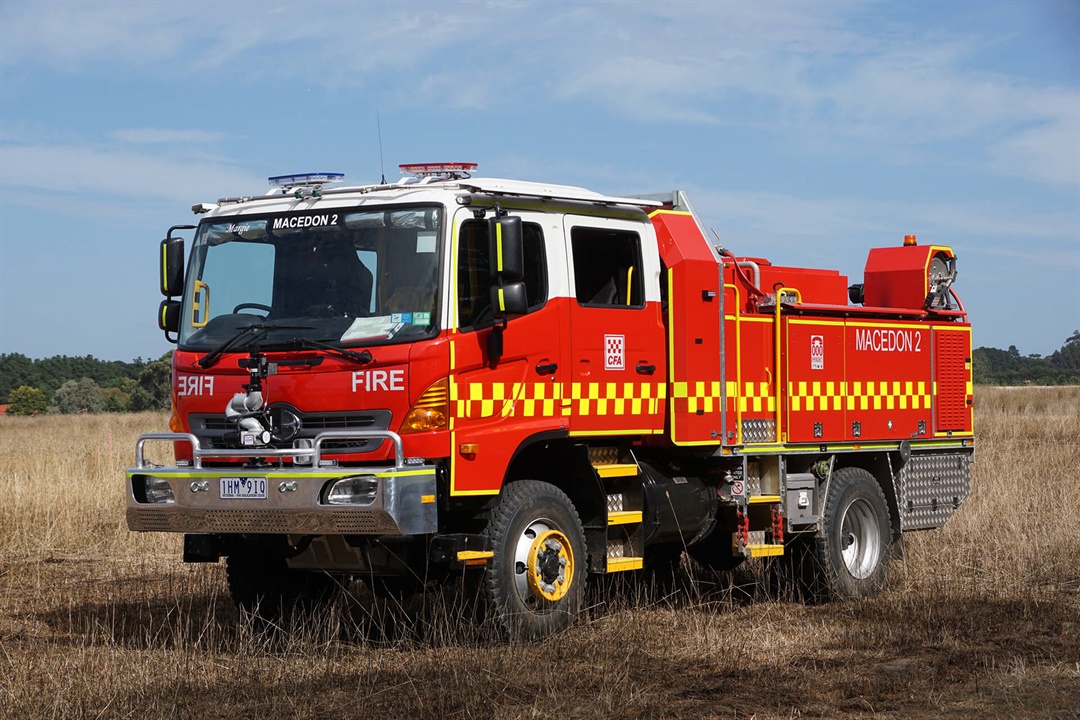 On the Hino stand at AFAC will be a Country Fire Authority (CFA) Medium Tanker built on a Hino 500 Series GT 4x4 1322 crew cab.

Hino will display two key customer emergency services vehicles at the event, including the 500 Series Standard Cab, which is the safest Japanese-built medium duty truck in the Australian market.

Safety is paramount in any operational capacity but that’s particularly heightened in the applications these vehicles are utilised by the emergency services.

It features a ‘Heavy Rescue’ body fitted by SEM Fire and Rescue, a specialist in the design, manufacture and service of special purpose vehicles.

The body is an aluminium extrusion frame supported on a galvanized steel sub frame, with equipment lockers fitted with lockable aluminium roller shutters and a hydraulic rear lift-up door.

The FD 1124 is powered by the Hino A05 turbo charged five litre four-cylinder diesel engine, which delivers superior torque, increased power and reduced fuel consumption, along with the cleanest exhaust emissions ever for a Hino truck in Australia.

Hino is leading the way with cleaner emissions, well before the next level of emissions regulations is legislated.

Also on the Hino stand at AFAC will be a Country Fire Authority (CFA) Medium Tanker built on a Hino 500 Series GT 4x4 1322 crew cab with a 2500 Series Allison automatic transmission.

“This is another body manufactured by SEM Fire and Rescue – it has a galvanised steel tray & roll over frame, aluminium chequer plate work and platform flooring with aluminium tray lockers and panelling,” said Mr Petrovski.

“The pump is a GAAM Mk300D and FireCo Ultra High Pressure (UHP) pump which is directly coupled to a HATZ diesel engine to produce a nominal capacity of 900 litres of water per minute at 700kPa and 25 litres per minute at 10,000kPa,”

“Significantly, both these vehicles feature an automatic Allison transmission and that is reflective of trends across the road transport industry, where the safety and economy offered by a true automatic transmission are highly valued,” said Mr Petrovski.

“We will also be sharing a new and highly anticipated update to one of our popular models within the emergency services, fire and land management sector.” concluded Mr Petrovski.

The Australasian Fire and Emergency Service Authorities Council (AFAC) exhibition will be held at the Melbourne Convention and Exhibition Centre from 27 to 29 August.